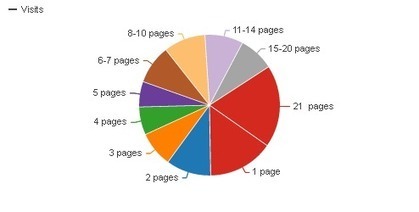 Two years ago we built and released a Google Analytics feature for Moodle which offered some robust reporting for Moodle – beyond the standard url logging it logged the breadcrumb from Moodle – see here for details. This was released as a plugin on the Moodle plugin directory.

David Bezemer of UP Learning took this concept/plugin and then expanded it to included Piwik an open source analytics system. The plugin is also available in the plugin directory.

Using this plugin requires you to install your own copy of Piwik separately, which you can use for all your websites. So I used it for the Moodlemoot Edinburgh this year, and below include some of the reports that were possible to generate from it.

Exploring the “E” in ePortfolio

About the Author: scoopit