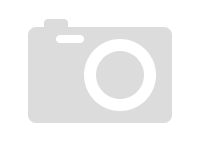 Thinking in the 21st century is just different. That doesn’t mean we’re all suddenly omnipotent cyborgs, nor does it mean we’ve all become mindless social media addicts that spend our cognitive might tapping, swiping, and drooling on our smartphone…

Is coding the new literacy?

There’s a whole host of complicated reasons why, from boring curricula to a lack of qualified teachers to the fact that in most states computer science doesn’t count toward graduation requirements. But should we worry? After all, anyone can learn to code after taking a few fun, interactive lessons at sites like Codecademy, as a flurry of articles in everything from TechCrunch to Slatehave claimed. (Michael Bloomberg pledged to enroll at Codecademy in 2012.) Twelve million people have watched a video from Code.org in which celebrities like NBA All-Star Chris Bosh and will.i.am pledged to spend an hour learning code, a notion endorsed by President Obama, who urged the nation: “Don’t just play on your phone—program it.”

See on Scoop.it – Digital Fluency The above framework was developed by Juliet Hinrichsen and Antony Coombs at the University of Greenwich. Explaining its origins, they describe the model as “a framework to articulate the scope and dimensions of digital…

See on Scoop.it – Digital Fluency In understanding the shift from literacy to digital literacy–or rather to understand them both in their own native contexts–it may help to take a look at the underlying assumptions of digital literacy….